What a Vegan Diet Could Do for Type 2 Diabetes 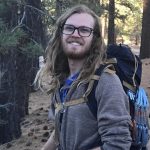 We see many diet trends in today’s heavily media influenced society. ‘Vegetarian,’ ‘pescatarian,’ ‘paleo,’.. many of them becoming buzz-words for internet pseudo-nutritionists that claim their esoteric diets have done extraordinary things for their health and everyone should follow their plan. Maybe the diet really did work for them and thats fantastic! However, we know well that everyones physiology is different and diet will effect us each in very different ways; especially if you are a type 2 diabetic trying to regulate with diet. This is an article that will hopefully give some insight into an increasingly popular diet, that has shown promise for regulating type 2 diabetes: the vegan diet.

What is a vegan diet?

A diet that might fit well for people who are pre-diabetic or trying to manage their type 2 diabetes is the vegan diet. First, it is important to clarify that the vegan diet is different from veganism. Veganism is a philosophy that humans should not partake in the use of any animal product that cannot be consensually given, which can influence large parts of a persons’ life far beyond just what they eat. The vegan diet, however, is just the practice of eating only plant-based foods avoiding animal milks, eggs and meats. So how can this vegan diet work for type 2 diabetics?

The complicated thing about a vegan diet is that, although it sounds straight forward, one can choose to go about the diet in ways that could be catastrophic to regulating diabetes. For example, Oreos and Redbull are both considered vegan, in that their production does not use any animal products; however, both would be terrible for a person trying to regulate their blood sugar. Instead, lets focus on a healthy vegan diet, based primarily on the consumption of vegetables, fruits, nuts, oils, grains and seeds.

The vegan diet and diabetes

Many researchers agree that part of the issue with high consumption animal products for a diabetic is the amount of saturated fats, salts and cholesterol; on top of the high caloric intake of an omnivorous diet. It is a general guideline of a diabetic diet to reduce these things. The US National Library of Medicine and the NIH suggest foods that are for free consumption include: green leafy vegetables, tomatoes, onions, cucumber, aubergine, peppers and vegetable salad without cream.1 The significance of cutting animal product in exchange for a higher intake of plant-based foods is purely from a nutrient-density stand point; a meal of the same caloric intake will have a higher amount of micro and macro nutrients. Also, it is suggested that carbohydrates consumed should be in the form of polysaccharides such as maize, rice, beans, or potatoes.1 This is a strong contradiction to the keto diet and is not meant to discredit the diet, nor discredit the vegan diet for the contradiction. This is a proposal made by a group of researchers looking to find the optimal diet regulations to prevent and control type 2 diabetes, without suggesting a bias towards any specific diet plan.

Now, with a brief suggestion of what is recommended for a diabetic diet, from a reputable source, lets look at research geared directly towards the vegan diet. In 2006, the American Diabetes Association took a control diet consisting of general diabetic guidelines,1 and compared it’s effects on insulin control to a low-fat vegan diet. The conclusion was that “individuals with type 2 diabetes participating in a 22-week clinical trial, both a low-fat vegan diet and a diet following ADA guidelines improved glycemic control; however, the changes were greater in the vegan group.”2 This study was conducted because the rate of type 2 diabetes is lower among vegan dieters. It was found that A1c percentages dropped more rapidly for the vegan group as well however it was suggested by the researcher that further research is necessary to establish long term diet effects and sustainability. It is also important to remember that cane sugar, eaten off the spoon, is considered vegan but would have sever consequences for a diabetics blood sugar control. So, again, the way a vegan diet is conducted will have a large influence of the results.

In 2009 Dr. Barnard Neal continued the research, finding that “vegetarian and vegan diets are often more effective than other diets for lipid control, an important consideration, given that coronary heart disease is the main cause of mortality in diabetes.”4 In this second study the team found that more rapid weight loss and sustainable weight was associated with the vegan diet, correlating with an increased effectiveness of lipid control, it would appear that a vegan diet certainly has its health benefits.

A more recent study has only confirmed this. A study published by the Journal of Geriatric Cardiology stated, “There is a general consensus that the elements of a whole-foods plant-based diet—legumes, whole grains, fruits, vegetables, and nuts, with limited or no intake of refined foods and animal products—are highly beneficial for preventing and treating type 2 diabetes. Equally important, plant-based diets address the bigger picture for patients with diabetes by simultaneously treating cardiovascular disease, the leading cause of death in the United States, and its risk factors such as obesity, hypertension, hyper-lipidemia, and inflammation.”2 As research continues in the field of diet-managed type 2 diabetes, the conclusions have only solidified that a plant-based diet is incredibly effective in treating not only insulin and blood sugar numbers, but also the complications that are often the biggest fears of those suffering from the chronic illness.

In closing, the vegan diet has substantial data behind it that supports it’s acceptance as an effective diet for those managing type 2 diabetes. There is a lot of research going into its effects on health for both diabetics and non-diabetics because it has been shown to be helpful in managing diabetes as well as preventing the onset of type 2 diabetes. In addition, the diet has shown to relieve many of the complications that may arise from type 2 diabetes. However, the vegan diet may not be the diet for you, or it might be the best fit and what you’ve been looking for. If what you’re doing works well for you, that’s amazing and you should stick with that! If you’re looking to try something different because you need something to change, consult your doctor about wether a plant-based diet would be a good fit for you.

Although the references used in this article were pulled from medical journal databases, this website would be helpful for those interested in researching a plant-based diet. I found the site while doing the research but decided to stick to only peer-reviewed clinical studies for the content of this article. However, this site has some great information and simplifies the pedantic study results of scholarly articles.