Stop Misleading Us: There is No Cure for Diabetes 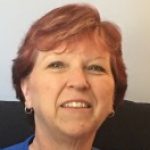 Diabetes can be very confusing. There is so much to learn when first diagnosed. New skills, new lifestyles, new words. Almost a language of its own.

Can type 2 diabetes be reversed or cured?

Lately, I have been noticing some changes in language regarding diabetes, perhaps new definitions? Is this something new I need to learn? I hear “cure!” I hear “reverse!” I am always taken aback when I read those words. They are not factual words, and so misleading. It is wording that preys on those of us who are vulnerable or desperate. First and foremost, there is no ‘cure’ for diabetes, at least, not at the moment. It is not gone. Nor can you ‘reverse’ it. You can’t go back. The damage is done. Those are the words used by people who are trying to sell something. Publishers selling books. Sometimes, professionals trying to catch our attention so we read what they believe to be the truth as they see it. YouTube experts sharing their thoughts. Even some evidence-based information is now using such language. It’s disappointing and it makes me angry. Why? Because it’s not factual.

I wish there was a cure. I don’t like living with diabetes any more than you do. I wish I could reverse it then I wouldn’t have to worry about the effect it has on myself or the next generation of family members. We would never refer to a heart attack as cured or reversed but we would say we can prevent another one from happening. So why is there such widespread use of incorrect language with diabetes? It’s because we are wanting a cure, a reversal. This new language is taking advantage of our vulnerability so others can benefit.

If we are going to use language to talk about diabetes then let’s be real and on target about it. Stop misleading people. The reality is:

No reversal or cure for type 2 diabetes

This is the language of honesty. Diabetes is progressive and we can slow it down if serious damage has not already been done. It can be controlled, for many, by healthy eating such as the Mediterranean way, or by diets, such as keto. It can be partially controlled by exercise. Diet and exercise are a treatment in and of themselves for many of us. We can control diabetes by medications as well. When it’s controlled, we avoid or slow the progression of complications, we minimize the damage. We can put it into remission, sometimes for years. With remission, diabetes can appear to be gone but it’s not. It’s asleep. And it can wake up again at some point in our lives.

There is hope for type 2 diabetes

The language of diabetes doesn’t have to be all doom and gloom but it should never be misleading or factually incorrect either. That is just taking advantage of those of us so desperate to avoid our reality and is not acceptable. There is no magic pill or cure, at least not yet.

There is, however, HOPE! No one ever thought hepatitis C would be curable but now it is. Diabetes does not forgive but we can learn to forgive ourselves and live well with it.