Unsolicited Advice on How to Manage Diabetes 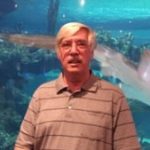 How many of us have heard about the “so and so” or “such and such” doctor on television?

How do they know everything there is to know? Well “so and so” eats/drinks this for their diabetes, maybe you need to do the same thing. Or “such and such” doctor on television says that you need to do this and be at a certain blood glucose number all the time. We’ve all heard that at one time or another, haven’t we? All of us are different in how we take care of our issues and diabetes.

Unsolicited advice about how to manage diabetes

When I was first diagnosed with diabetes back in 2012, I had told the wife that I had to watch what types and how much of the foods I could eat. The dietitian had taught me the carb count. I started getting the hang of it. Well, one of her friends told her to have me take various fruits and toss them into a blender and drink the juice. After all, it’s fruit, right? All-natural, right? I told her that I’d be climbing the ceiling from a sugar high with all of that in me. She couldn’t grasp the idea that although fruit is natural but it also has sugars in it at the same time. That we have to moderate the portions and size of the fruit and other things we eat.

She never could quite get what I was trying to say. Then one day while I was on the computer she was watching some show on television. She comes running in and told me that they were talking about diabetes. It was in her own language, so I thought “Great!!! Now maybe she’ll understand better at what I was getting at!!!” She kept coming in and telling me various things and I kept nodding my head.

What works for one may not work for someone else

Later she told me how I ‘need’ to do this or that because the doctor on television said so. I kept telling her that I’m doing good, my doctor and certified diabetes educator were happy and I was happy. She kept saying how I need to be at this ‘magic’ number at each read. Finally, I asked her:

I then told her: “All of us are different and are treated as such also. What works for one might not work for someone else. That the people on television are not to be trusted because they don’t know what is going on with each and every one of us. Also, they should advise everyone to see their own doctor or they could be setting themselves up for a lawsuit.”

Response?? “But he’s a big doctor at some hospital.”

“It doesn’t matter what he is because he’s only giving the basics of diabetes and the time allotted to him to discuss diabetes isn’t enough to go into detail. It’s only giving bare minimum information and that all of us need to pay more attention to our own doctors than to some television show.”

We have it hard enough at times without having to deal with unsolicited advice on how to manage diabetes. This advice is going to come from our families and our friends. Each of us will have to deal with it in our own ways. We just try to let them know we appreciate their help but at the same time, correct them when its wrong advice and how each of us is different from what they see and hear. That we are dealing with it and know what we’re doing. It’s very hard at times, believe me. I know, it’s constantly ongoing in trying to get out the correct information to them and that we follow our own doctors and teams because they know us and what we’re going through. Not some television doctor nor some ad they see on television or hear about from their friends. Right?? Maybe someday (hopefully) the myths will settle down. Mind you, that’s hopefully.