10 Facts about the History of Diabetes 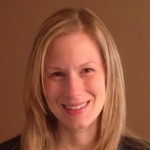 November 14th is world diabetes day and November is Diabetes awareness month! World diabetes day is internationally recognized; with the hope of bringing about more awareness and to celebrate how far medicine and technology have come since diabetes was first described. In honor of this important date and the entire month, I would like to share with the type 2 diabetes community some interesting facts about the history of diabetes.

10 facts about the history of diabetes

When was diabetes discovered?

The earliest known mention of diabetes symptoms dates back to 1552 B.C. An Egyptian physician named, Hesy-Ra, documented frequent urination as a symptom of this unexplainable disease which also caused extreme weight loss.

Where does the name Diabetes Mellitus (often shortened to diabetes) originate from?

In 230 BC, a physician named, Apollonius of Memphis, used the term “diabetes” (in Greek diabetes means siphon or to pass through), to describe a condition in which people were eliminating more fluid then they could consume.

In 1675 Thomas Willis, an English physician, added the Greek word “mellitus” (in Greek mellitus means sweet) to the word diabetes. This was because those with diabetes had urine with a sweet taste.

Before the discovery of insulin how was diabetes mellitus treated?

A scientist named, Frederick M. Allen, recognized that diabetes was not just a disease that caused elevated blood sugar levels but also a problem with metabolism. He developed the first “diabetic diet”, before the discovery of insulin. Allen’s diet, was a very low calorie diet the included mostly protein and fat, with only minimal amounts of carbohydrate.

When was insulin discovered?

Insulin was discovered by Fredrick Banting and Charles Best in 1921.

Who was the first person to receive insulin?

Leonard Thompson, a 14-year old boy with diabetes, received the first insulin injection in 1922 at a Toronto hospital.

How was November 14th chosen as world diabetes day?

November 14th is Fredrick Banting’s birthday, the Canadian physician, who co-discovered insulin along with his assistant Charles Best.

When was type 2 diabetes differentiated from type 1 diabetes

When were the first oral medications for type 2 diabetes introduced?

Between 1955 and 1956 oral medications, sulfonamide (Carbutamide and Tolbutamide- both in the sulfonylurea class of oral diabetes medications) and biguanide derivatives (Metformin), were developed for treatment of type 2 diabetes. Prior to 1955 insulin was the only treatment for type 2 diabetes.

When did the first blood glucose meter come available?

When in history did those with diabetes switch from following low carbohydrate to a more liberal intake of carbohydrates?

Up until the 1970s a lower carbohydrate high fat diet was promoted to manage diabetes. In 1980 the first set of Dietary Guidelines for Americans was published. These guidelines encouraged Americans to follow an eating plan that was lower in fat to reduce the risk of chronic health conditions such as diabetes and cardiovascular disease. For many individuals, following a lower-fat diet resulted in greater carbohydrate intake. In the last 15 years (or so) many individuals have started to go back to a lower carbohydrate diet to control blood glucose levels and to help with weight loss. For more information see the following article: Are Carbohydrates an Essential Nutrient? An update to: “Can a Low Carb Diet Help?”