Diabetes Monitoring and Tracking by the Numbers 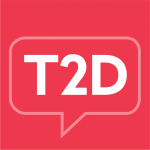 With type 2 diabetes, numbers are crucial. Whether it’s your hemoglobin A1C level or your blood glucose level, testing and tracking of these numbers becomes routine. While it may seem overwhelming, we uncovered a few numbers when surveying Type 2 Diabetes patients that illustrate the necessity and value of tracking and testing.

2,072 T2D patients
Completed the online Type 2 Diabetes in America 2014 survey, which gathered insights about their symptoms and treatment experience, as well as their quality of life and disease management. 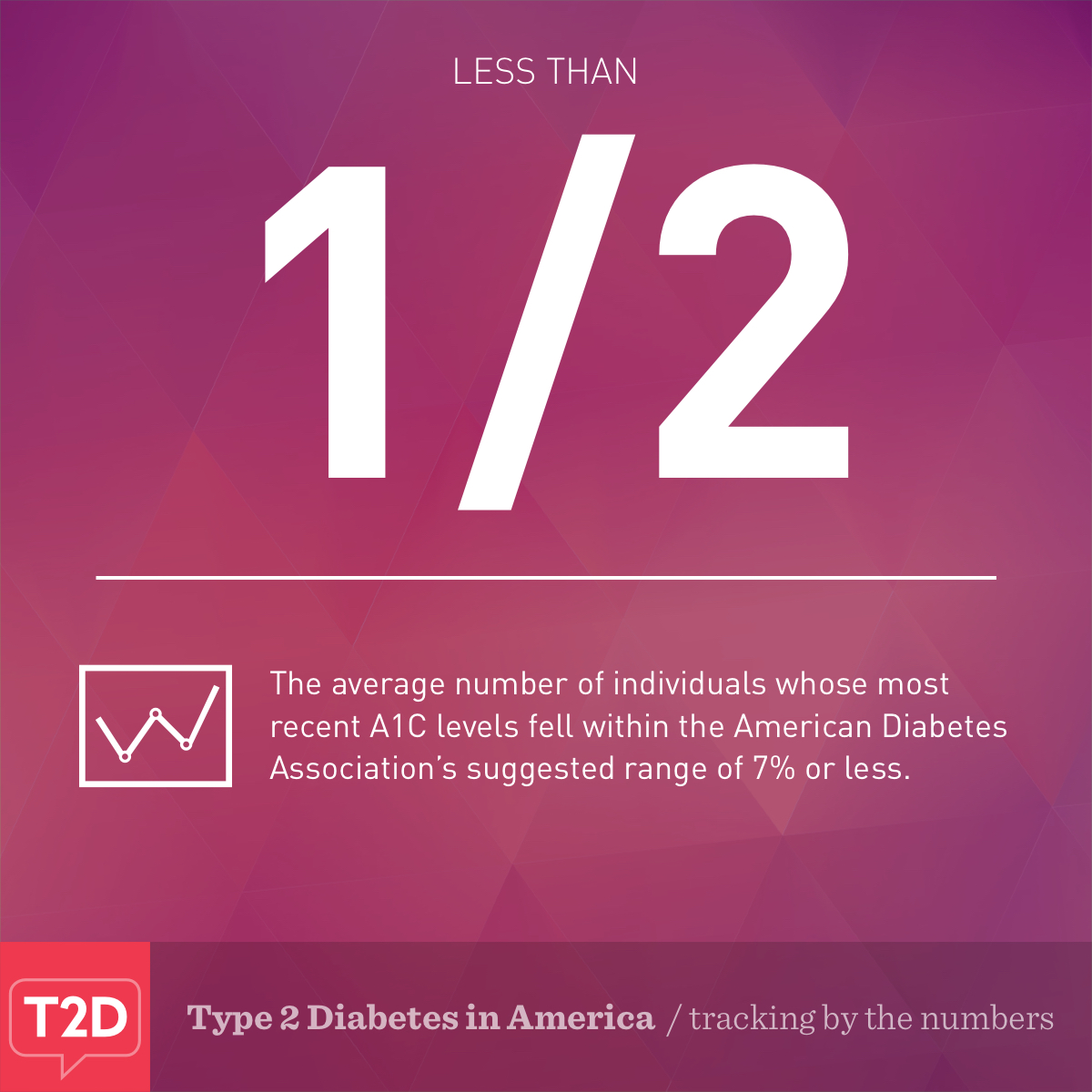 Less than 1/2
Of individuals’ most recent A1C levels fell within the American Diabetes Association’s suggested range of 7% or less (47%).1

1 in 4
Of those who have their A1C routinely tested cited that their daily activities are not affected by Type 2 Diabetes, whereas only 1 in 8 of those who do not have it tested are able to say the same**.

40%
Of those who did not test their A1C levels regularly are not enjoying their life as much and 13% are feeling the impact of Type 2 Diabetes on their ability to maintain relationships**.

Conversely, less than 1/3 of those who have their A1C regularly tested (32%) find that they don’t enjoy life as much as they used to and only 6% find that Type 2 Diabetes has impacted their ability to maintain relationships. 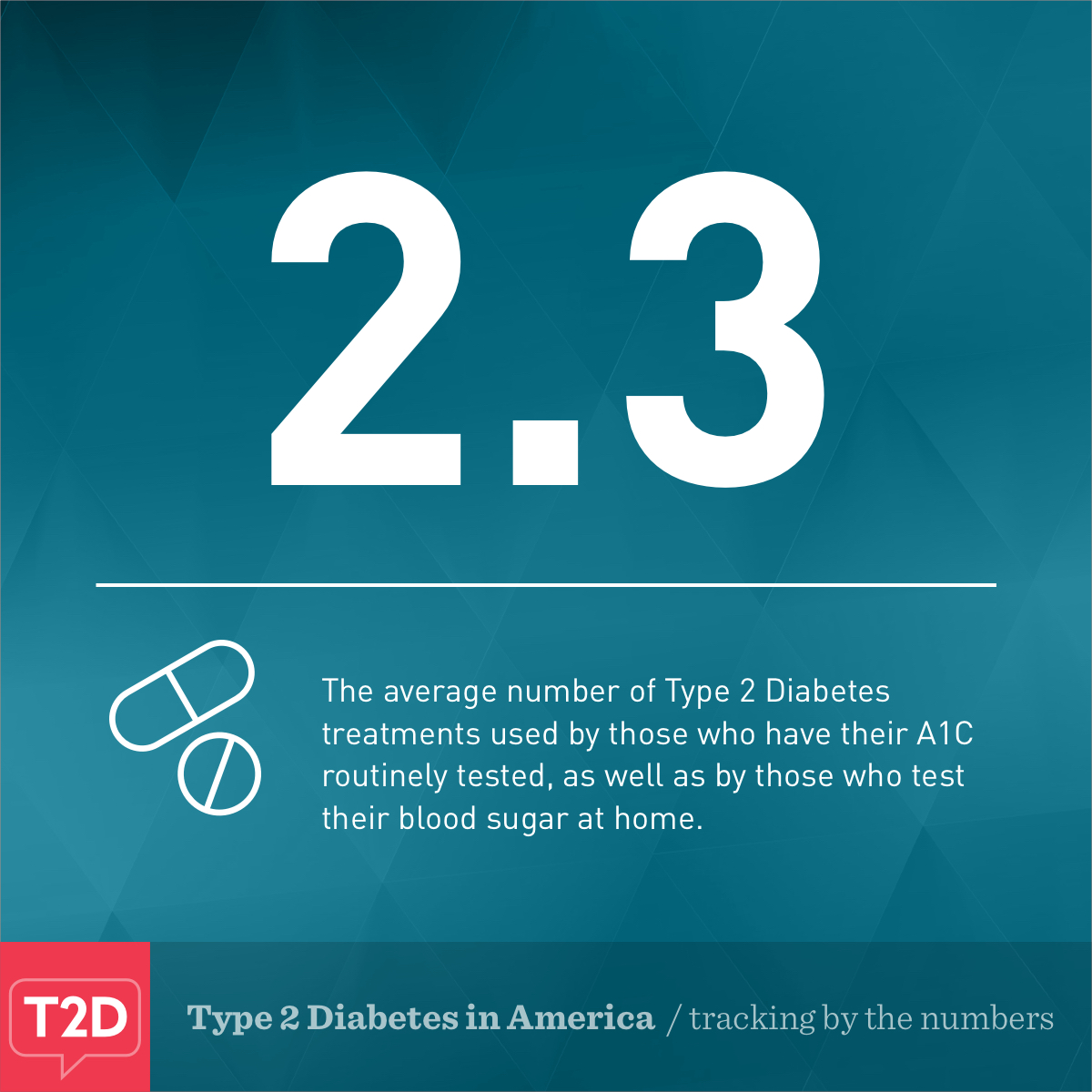 59%
Of those who have their A1C tested by their HCP are satisfied with their current treatment plan, compared to only 33% of those who do not have routine A1C testing (top 2 box satisfaction)**.

4 of 5
Of individuals who experience fluctuations in their A1C are more apt to test at home, regardless of whether their levels are trending up (84%) or trending down (83%). Those whose A1C remains stable are less likely to test at home (75%).

88%
Of those surveyed tested their blood sugar at home at least once a day, with 14% testing at every meal and 25% testing several times a day.

Only 8%
Of those surveyed used a smartphone app to track their blood sugar over time. Almost all of self-testers use only one specific device, and 75% of them were satisfied with this device (top 2 box satisfaction). 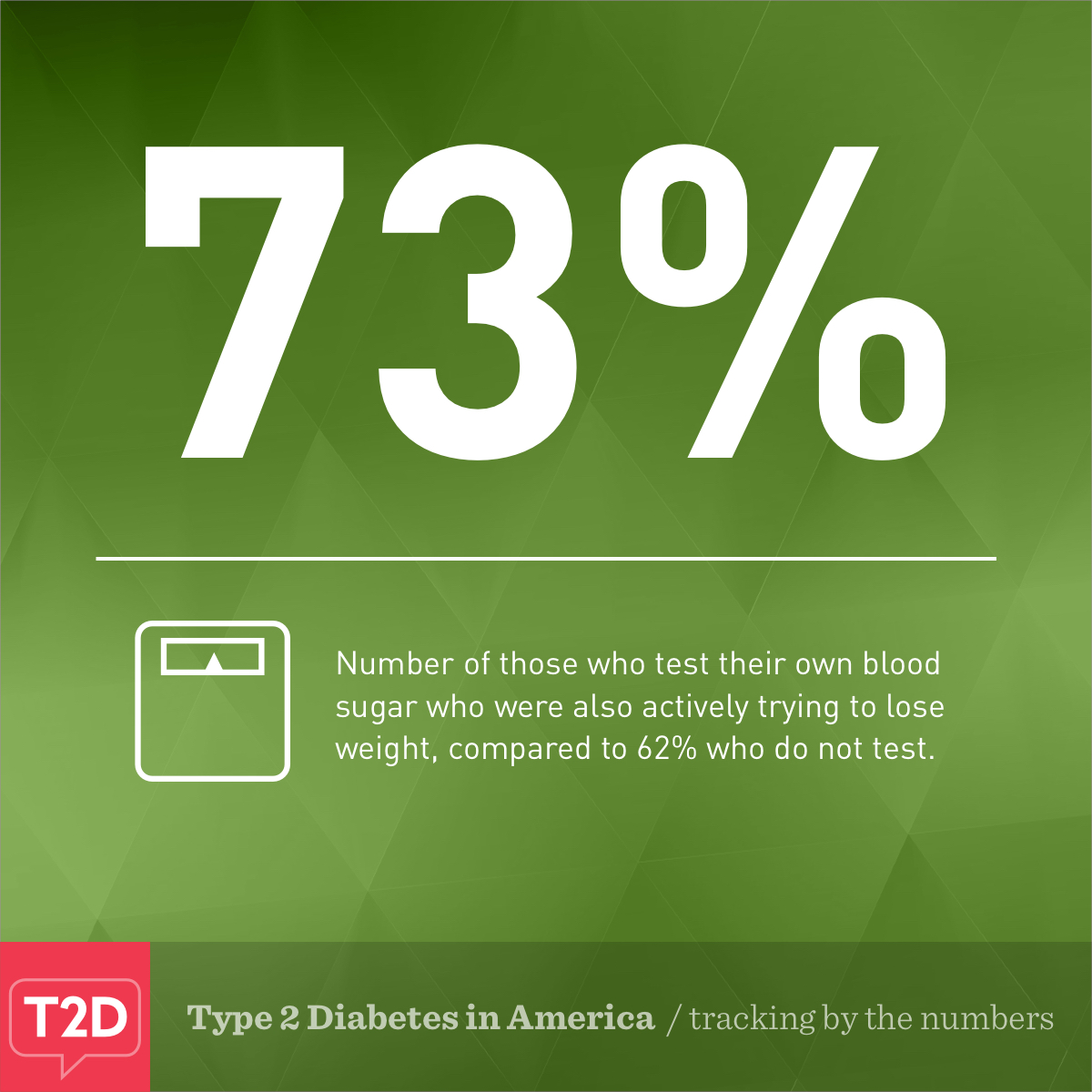 73%
Of those who test their own blood sugar were actively trying to lose weight, compared to 62% who do not test**.

For people with Type 2 Diabetes, regular A1C testing plays a role in monitoring how well your blood glucose is controlled. These numbers from Type 2 Diabetes In America also indicate that having a healthcare provider regularly test A1C may help you feel more satisfied with your treatment regimen and less emotionally impacted by the management of your condition.

**The differences between the two groups is statistically significant (p < .05) 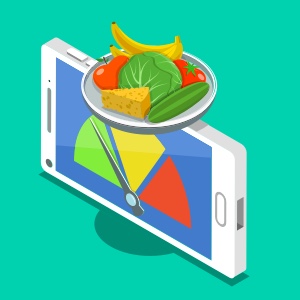 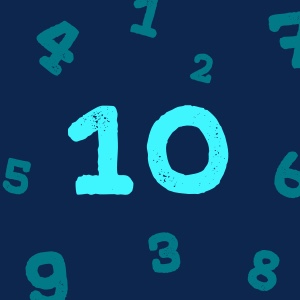 10 Things You Should Know About Type 2 Diabetes in America 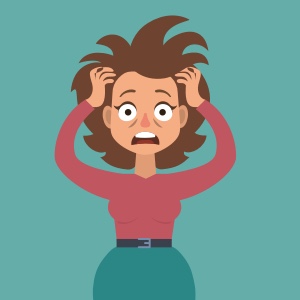 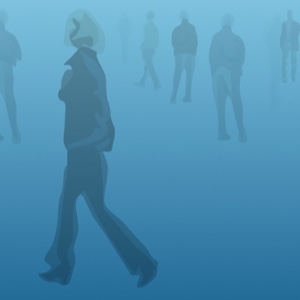