Little Changes in the Kitchen 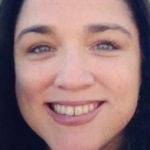 Swaps in the kitchen for healthy eating

Instead of drinking orange juice, eat an actual orange. One cup of OJ has somewhere between 24 and 36g of carbs – depending on the brand, serving size and ingredients. One orange is between 12 and 14g of carbs and has 3g of fiber.

Craving a cheesy fruit danish? I feel you. But grab a slice of whole grain bread and toast it according to your preference, spread with Neufchatel cheese spread (1/3 less fat than cream cheese and in my book, tastier) and then drizzle with honey and top with fresh berries or raisins. Less carbs and fat, totally satisfies your cheesy fruit danish craving.

Invest in an olive/sesame/any kind of oil you cook with spritzer/sprayer/mister. Yes, there is such a thing (Google it). You can buy them online for as little as $8. Oil misters allow you to control how much of your favorite cooking oil ends up in the pan – which cuts back on the fat in the meal without compromising taste. It also reduces wasting oil, which saves us money.