How I Ended a 33 Year Soda Drinking Habit 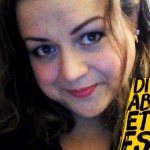 Should my parents have known better? Perhaps. It’s hard for me to say. My parents were the products of The Great Depression, and of inadequate access to nutritional education and foods. They were familiar with depravation, perhaps in a way I will never understand. They wanted for us children to not have to experience any depravation, so they often gave us anything we wanted. And yes, this included giving us soda in our baby bottles. (This is regular soda of which I speak – there was no such thing as ‘diet soda’ in my childhood.)

I had soda in my baby bottles as a toddler, I had soda with all meals, I had soda with all snacks… and I even had my grandmother pick me up from school with a soda can, and a cup full of ice. Eventually, the soda progressed from cans, onto 20 ouncers and 2 liters. Soda was a staple for us as a family. Soda was my water. In fact, I rarely had water.

While probably not worthy of the Guinness Book of World Records, I can’t say I’ve ever met another person who has had more regular soda than I did over a span of 33 years. I could not go a day, or even a couple of hours, without having had a regular soda. That was my life.

So when someone says to me “I can’t give up my regular soda habit,” I have to laugh. You see, I haven’t touched regular soda in nearly 6 years. But many years ago, I would have sounded just like them. I would have argued giving up regular soda was unrealistic, and gross. My dad was diabetic and eventually, when diet sodas came on the market, he embraced them… and they were quite icky tasting. At least, to me. So how was I able to make this seemingly HUGE change? Baby steps:

While in the beginning, leaving soda felt like going without electricity, or the internet, I just did it. I don’t even think about soda anymore…  The idea of it never crosses my mind until I see someone missing it on a forum, or a support group. On one occasion, I had a sip of it during a low blood glucose when nothing else was around, and I hated it. It tasted awful to me. Like liquid corn with a ton of sugar and salt in it. And I most definitely tasted that salt. I don’t think I could ever go back, and ponder how folks can even enjoy it. The only hard part about leaving soda was the getting started. After that, it was just a breeze. And honestly, if I did it… so can anyone else. So can you.